Their language and identity come from the territory they occupy.  Their ancestors, those who came before them and have lived on this part of the world, all rest on this territory. That is why the Atikamekw people view it as "the most sacred territory." Moreover, the language of the Atikamekw Nation has developed because of the territory's resources. For example, the word "buffalo", or any other natural resource that does not exist in their environment is also not in their everyday language because there are no animal or resource of this kind in their environment.

The Atikamekw people, which can also be designated under the term "Nehirowisiw" (clever man [adapted] and in harmony with the environment) are at the center of the "provincial" territory of Quebec and, therefore, they can understand as well the spoken language of the Eastern Native (relative to their territory) such as Mi'kmawk and Malecites, as the language of Wapinaki (Abenaki south shore of the river). Linguistic affinities are also available with the languages of other Algonkins groups inhabiting the shores of the Atlantic Ocean like the First Nations of Connecticut, Delaware or other surrounding American states. The "Nehirowisiwok" (plural) can talk with the "Western" nations like the Algonquin of western Quebec and Ontario, with the Ojibway and "Plain Cree" of the west as those from Saskatchewan or Alberta (Hobbema, among other communities) (personal experience) or with those of the north-west of the province, such as James Bay and Hudson Bay Cree, with the Naskapi of the north and Innu (Lac Saint-Jean and the northern shores of the St. Lawrence River (Kitci Sipi). 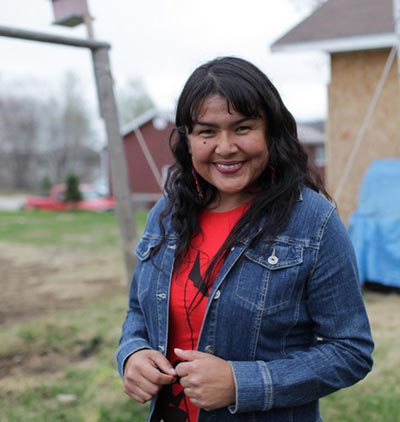